Unfortunately, no trip to Helsinki or Brussels this year to ACE Producers events. However, we were determined not to let COVID win and so I spent most of the summer putting together the delivery of an online edition of my Advanced Development Workshop and its companion module, Writing a Successful TV Series.

First, during the Content Development Workshop in early October, I had the pleasure to meet the new recruits from the ACE 30 group, eighteen feature film producers from fourteen different countries:

We had a great time together, though I have to confess that this wonderful screenshot was taken while they were talking to the fabulous ACE Team in the top row, who are the real stars of any ACE workshop and can make anyone happy.

For this online edition, the producers had read parts of Screenwriting Unchained to prepare. We did a series of webinars to go through detailed case studies, as well as a few Q&A sessions on Zoom.

Then, a few weeks later, for the second edition of ACE Series Special, I enjoyed being reunited with a lively bunch of nineteen producers, most of them participants of previous ACE workshops over the years, either wanting to further their TV development skills or to expand their activity from feature films to TV Series.

For this TV Series workshop, the producers watched three pre-recorded modules online and we did the rest of the sessions - mostly case studies of successful series - live on Zoom. I'm hoping to have the full course online within the next few months, so watch this space! 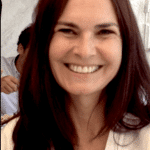 Emmanuel Oberg’s workshop offers an insightful and comprehensive way to approach tv series narrative and structure. His method is simple but very clarifying, a useful tool when dealing with episodes, pilots, bibles, strands, seasons, cliffhangers, franchise and all sorts of often confusing concepts even for the experienced film producer. It is also fun and I really enjoyed taking it. I can say that I feel much better equipped now to face the development of my series project. 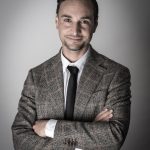 Of all the many international workshops I have done, I have rarely experienced one that offered such a steep learning curve. Thanks, Emmanuel.
Ivan 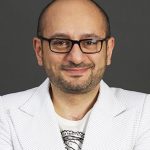 I had the pleasure to attend two of Emmanuel’s workshops. His knowledge about the different screenwriting approaches is impressive and enables him to recombine and rethink them to a new approach. I highly appreciate his work no matter if you already know a lot about screenplays or not. 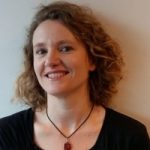 Many thanks to Jacobine van der Vloed (ACE Director & Head of Studies) and Antoine Simkine (ACE President) for their kind invitation and to everyone involved in making these two online workshops a rewarding online experience!